PRDW is an international group of consulting engineers practising exclusively in the specialist areas of port and coastal engineering.

each with 40+ years’ experience

PRDW has over 130 employees internationally of which two thirds are graduates and one third is post-graduates. Our staff complement consists of a wide range technical staff at different levels to ensure that projects are executed at the most cost-effective rates. 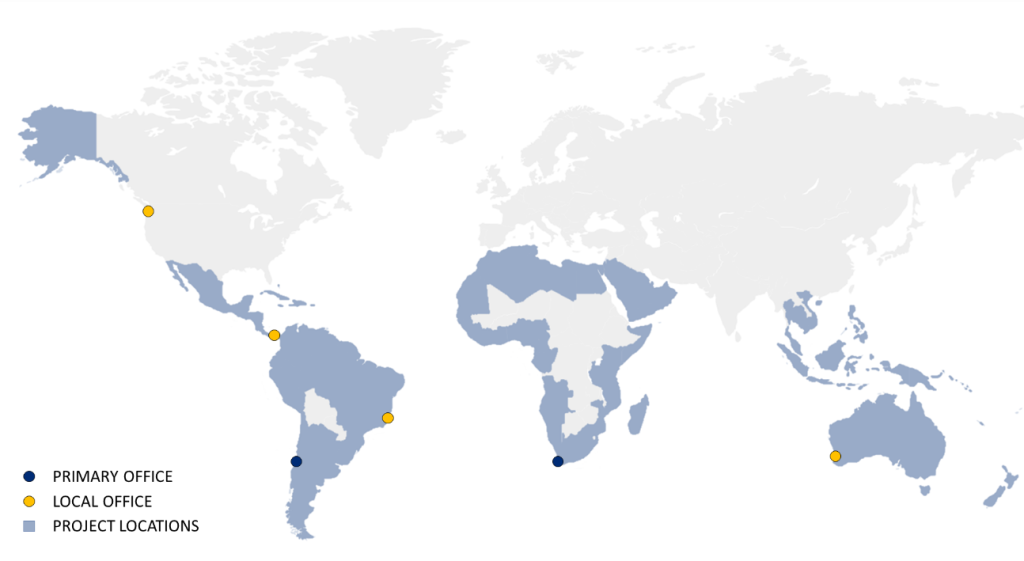 PRDW’s primary offices in South Africa and Chile are supported by local offices in Australia, USA, Brazil and Panama to expand PRDW’s footprint across four continents.

a bit of history

PRDW was formed in 1992 in Cape Town, South Africa and has expanded over the years and presently operates as an international group working in several territories with offices in South Africa, Chile, Australia, USA, Panama and Brazil.

In 2013 PRDW was established as a global company led by four global directors who, together with their senior personnel, have devoted their professional careers to the pursuit of excellence in the field of marine civil engineering. PRDW are recognised as specialists in this field, reflected in the number of awards received over the years. All directors participate actively as engineers on each project.